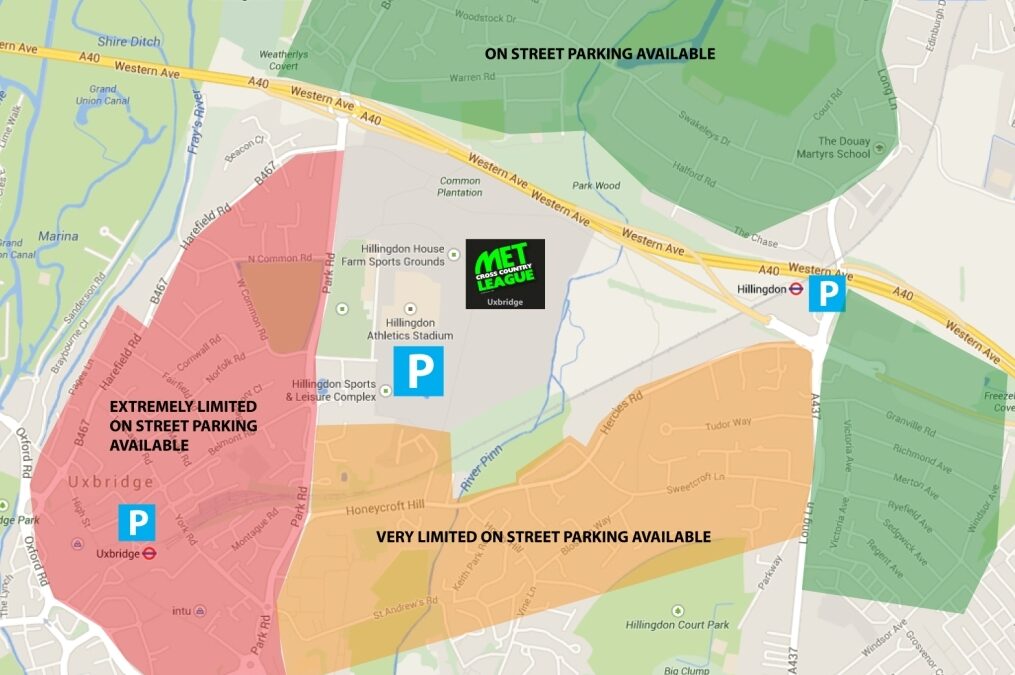 ALEX LEPRETRE Led from the start to win the second league race of the season in, surprisingly warm sunshine, on a dry grassland course Alastair Aitken reports. Lepretre, a solicitor in criminal investigation, considered his best run was his club half marathon record of 63.28 in the Copenhagen half-marathon when he was chosen to represent England on the 18th of September. At Wormwood Scrubs behind Lepretre, there was an intense race between Luca Minale and Robel Bahelbi but Minale went over a goal post hole and, lost his rhythm on the last lap and, Seyfu Jamaal who, the previous Saturday won the North of Thames/Liddiard race, shot past them both to come in second with Bahelbi third but the latter, content to be part of the winning Highgate team who had 12 in 62, to stay ahead in the league. In 8th place was the first Under 20 runner Abdi Hamud and, the oldest in the race was Roger Green, an M75 in 450 out of 458 finishers.

Rebecca Bunting, a speech therapist, coached by Jacob Howe, helped London Heathside, go further ahead in the women’s league. She has had an impressive season with 5th in the European Championship 50k race and a 2:41 Marathon in Manchester. In the race at halfway, there was a group together and Verity Hopkins came out of that to get second place behind Bunting. In 5th place in the race at the Scrubs was the first W40 Sofia Latham. The oldest was Angela Duncan, a W80, who brought the field home in 199th It was interesting to see Lisa Da Silva come in 14th as, she is the mother of the 9-year-old, Luca Da Silva, who won the Under 11’s and his Father is Manuel Da Silva Head of Competition at TVH.

Remarkable James Branch, who won the U13’boys at Claybury won again, in only his second cross-country race. Alya Johnson, who won the U13 girls’ race, leading all the way, is at Ealing Fields High School and Captain of the netball team. Digby Turk. Who was 17 on November the 7th, has run 4.15 for 1500 and is currently the Middlesex Champion at that event. Kiera Shaw is still an U15 girl but was first home in the combined U17/15 Race.

The results from the second race of the 2022 season at Wormwood Scrubs can be found at the link below.

These are the final, if you spot any errors, or have any queries then these should be reported to your team representative to raise with the results team within 1 week of the race date.

WILLIAM BROOM (21) led Highgate Harriers to individual and team victory (12 in 42). Earlier this year Broom had been at Loughborough and coached by Sonia & Chris McGeorge but recently has been studying at Kings College in London.

The races at Claybury were in mild conditions except, for a few short showers on the undulating course. In the Men’s race early on the leaders together were Robel Bahelbi, Seyfu Jamaal, and Broom; Pete Chambers and Charlie Stockings were behind that. Going into the last lap and, down the hill Broom, who has run a 3:45.7 for 1500, was going was starting to go clear with Bahelbi running in a good second position, 30m ahead of Jamaal but later in the final lap Jamaal, caught him and relegated Bahelbi to third. Ethan Primett was the first Under 20 in sixth place, following his many wins in the younger age group Met League races. The oldest in the field was an M75 Roger Green, 345 of the 359 finishers in 34:36.

The Women’s race created a great battle. The Metropolitan League Champion of last season Beth Hawling and Liz Janes, the previous year’s overall Met League winner, who back in 2006 won the National cross country. After two of the 3 laps they were running side by side, till Hawling, who was 9th in the National and 3rd in the Southern, put the pressure on but Janes was only eight seconds adrift at the finish. Kelly Clarke was the first W40 in 8th place (32:06). The oldest was a W80 Angela Duncan who brought in the field of 153, over the tough course in 60.51. The League team race is wide open as Victoria Park & Tower Hamlets lead from London Heathside, who may be stronger next time and Serpentine RC.

The Under 17-15 men’s race was won by sixteen-year-old George Ward, who went into the lead on the second lap. He has run a 1: 55.68 for 800 and made the English Schools Final. An unusual talent, fairly fresh to the sport, was `12 year old. James Branch, who won the Under 13’s race. He went into the lead on the 2nd lap. He is a keen footballer having had trials with Arsenal & Tottenham and plays for Cheshunt Football club and is at Heathmore School.

Another unusual fact was that the Under 17&15 women’s race combined was won by a 14-year-old girl, Lyra Macdonald who went into the lead on the final lap with Abigail Reid the runner-up. The latter is coached by John Stowe who said “Abigail has many other things she has to do at Forest School that take much of her time up but she will improve. He also pointed out “Woodford Green & Essex Ladies will win the Howard Williams Junior Cup again I am sure”.

The results from the first race of the 2022 season at Claybury can be found at the link below.

These are the final results, if you spot any errors should be reported to your team representative to raise with the results team within 1 week of the race date.