The detail of our third race at Hillingdon House Farm, Uxbridge are now available via the link below or our fixtures section. 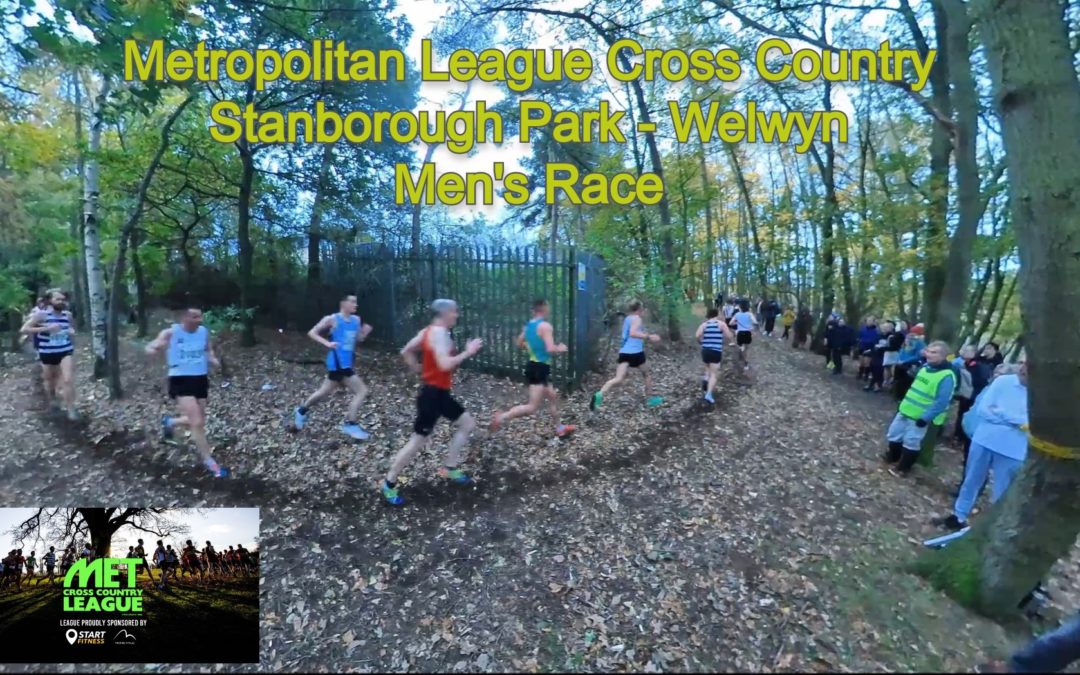 Video of the second race of the 2021 season at Welwyn is now available. Separate videos for Juniors, Women’s and Men’s races.

JACOB ALLEN, 27, took Highgate Harriers to an individual and team victory (12 in 44!) in the 2nd Metropolitan League of the season Alastair Aitken reports

In mild conditions, over the hilly Stanborough Park course, in Allen’s first win over the country he explained “ When I was running for San Francisco University, all the American courses were flat and mostly over golf courses. I was 16th in the Rigonals’ and my 10k time was 29.49” Allen who was in the silver medal team in the National cross relay the previous and after a fast start, was in the front alongside Seyed Ghafri and the previous Met league winner Tom Frith. It was well into the second of the three laps Allen chanced his arm and burst ahead, building up a lead that was not seriously challenged again although. the fight for the minor places became intense. Ghafri got a stitch and lost his second position on the last lap, suffering a stitch. Frith was caught by the strong finish of Alex Lepretre but held on well for second with Le Pretre third but Ghafri was nearly caught by Phillip Crout for the fourth position. The oldest man was Stuart Mann’ who was an over 75 and came in 425 of 441 finishers.

Perhaps the most emphatic win of the day was by the Claybury winner Beth Hawling, who led from start to finish in the women’s race which put London Heathside further ahead with the team scoring. Hawling won by nearly a minute and a half.

She hopes to run in the Liverpool race but feels there will be bound to be people around her and in the front but, her win over the Stanborough course should not, by any means be downplayed. In second place came ex-international Tamara Armoush, a previous winner, who works for Sport England as a strategist but not currently doing high profile races at the present time because of a persistent injury, then in third was Anne Kaye who fairly recently joined the RAF and she had been 4th in the last Met league.

It was interesting t see Jack Hayward, now ten years old win the Under 11’s race as he was 2nd at Claybury. He goes to Fielding Primary School and running is his favourite sport. Again in the Under 13’s Tom Mythen won again and will test himself in a Biathlon and in the London Youth Games, also in the Under 17’s Ethan Primett was a good winner again. A very talented girl Natasha Wynn (12) who ran a respectable 2.19 for Woodford club Under 13 record. She was 2nd in her first Met league but won here. She has a very fluent style and John Stowe the Lead coach thinks she has a very good future in the footsteps of Abigail Reid and is coached by Joe Everett and does sessions with Richard Thurston at the weekend.

`9 as an Uner 13 Woodford record for the 800m was 2nd in the first Met League but won at Welwyn Garden with her very fluent style. Like with Abigail Reid John Stower, the lead coach feels she has a bright future but not to pressure her. Woodford Green & Essex Ladies coaches Joe Everett and Richard Thurston look after her sessions

Individual Results from the second race of the 2021 season at Welwyn of the 12th November 2021.

These allow you to filter and sort to find the results.