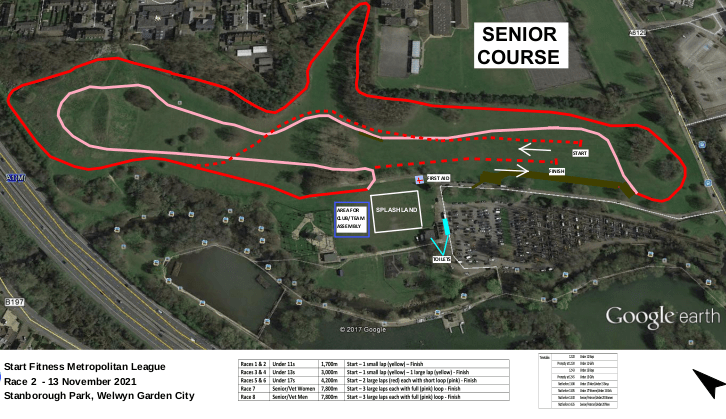 Full details of the second race of the season are now available via our fixtures link or the button below.

Video of the first race of the 2021 season at Claybury is now available.

THOMAS FRITH battled it out the senior men’s race with Seyd Taha Ghafari and Jacob Allen, till the final part of the third lap, in the traditional good weather for the first Met League of the season Alastair Aitken reports.

It was after that Frith’s tactics, to run quickly down the hills paid off and he drew clear with Ghafari chasing him in earnest. Frith ran 64.54 at Antrim for the half-marathon and was on 90-100 miles a week.

Ghafari came to England from Kurdish Western Iran in 2019 and did all his personal best times with Highgate Harriers this year. Allen who was third spent the whole of 2018 running for San Francisco University. Highgate put their marker down early, having 12 home in 35 out of 372 finishers. For the M75 the first home was Richard Bloom of Herts Phoenix in 40.29 in 333rd

In the Women’s race, it was easy to see that. at halfway. the first three were well clear and strung out, all of whom had got international vests. 1st was Beth Hawling of London Heathside, the leading club in the Women’s league. She ran in the European Cross-Under 23.s in 2015, 2nd was Annabel Gummow who competed in the European Under 20’s in 2011. 3rd was Revee Walcott-Nolan who ran a personal best 1500 in the Olympics with 4.06. 7th overall in the race was Carol Coulon who was first over 45. Angela Duncan, the 1st over 80 brought in the field of 179 finishers. over the hilly course in 1hr7m35sec.

First in the under 17 was Ethan Primett, who is in the sixth form at Richard Hale School. He had a race plan but decided against it and went off quickly. He improved his 3000m in the Summer from 9:44.24 to 8:36.08 In the younger age groups two who really stood out were 14 year old Adela Svihalkaova who came from the Czech Republic two years ago and, won the Under 15 girls race and was an amazing new find Tom Mythen, who won the under 13’s. He is at school at Newland House school and, had never run in a cross-country race before. He took off on the first hill in the 2nd lap.

Woodford Green and Shaftesbury Barnet look to be the ones’ to watch amongst the young teams overall and Victoria Park & Tower Hamlets look strong in most departments. It was Eton Manor’s first time in the league.

The results from the first race at Claybury can be found at the link below.

These are semi-live results that are added after each race so are subject to change whilst the races are in progress. The status bar at the top will indicate where we are with the results processing as teams have time after the race to declare all their athletes. 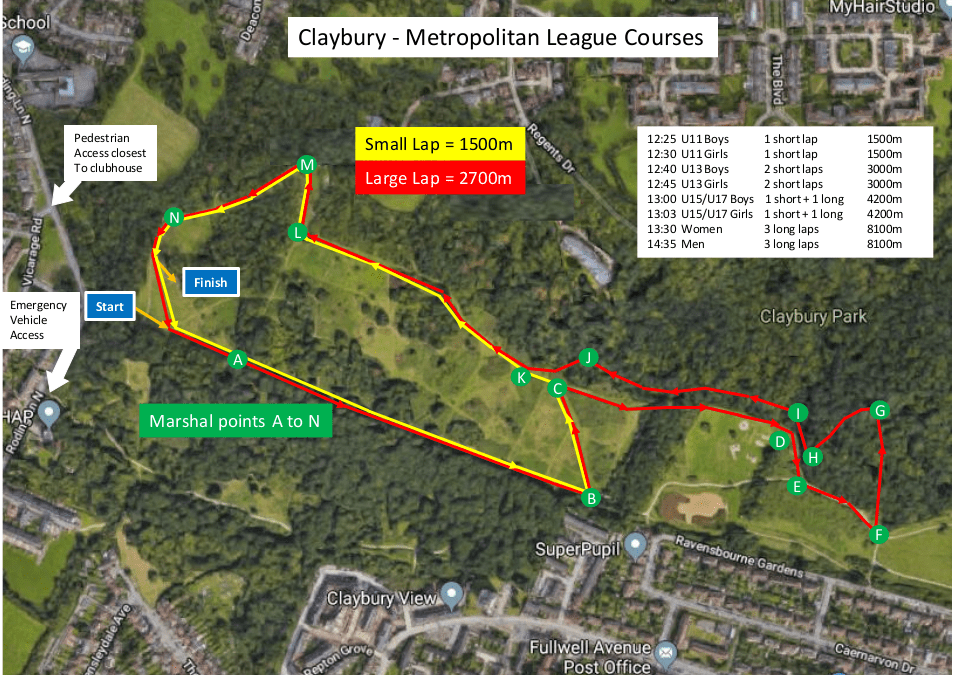 Full details of the next and final race and end of season presentations are now available on this site.